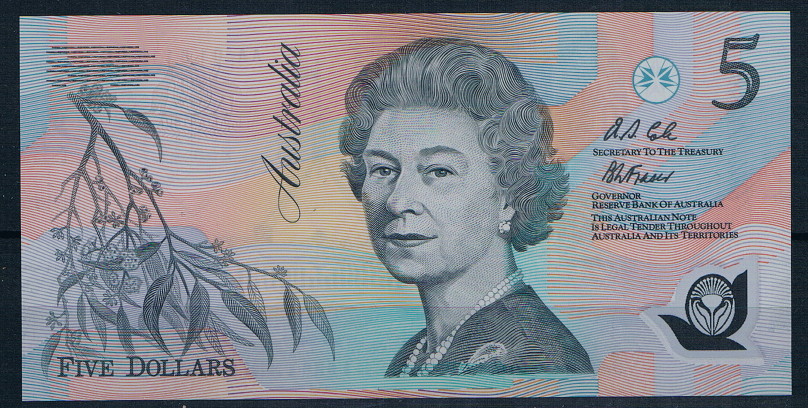 The pale polymer Fraser Cole five-dollar notes were first released into circulation in July 1992 and was the first polymer $5 issued into circulation.  A portrait of Queen Elizabeth II is shown on the front of the $5 banknote together with a sprig of eucalyptus.  The back of the banknote features the Old and New Parliament Houses, which were opened in 1927 and 1988, respectively.   This first note design was considered too pale and some people found it difficult to distinguish from the $10 banknote so a brighter version was issued in 1995.