Next Generation $10 Banknote in Folder 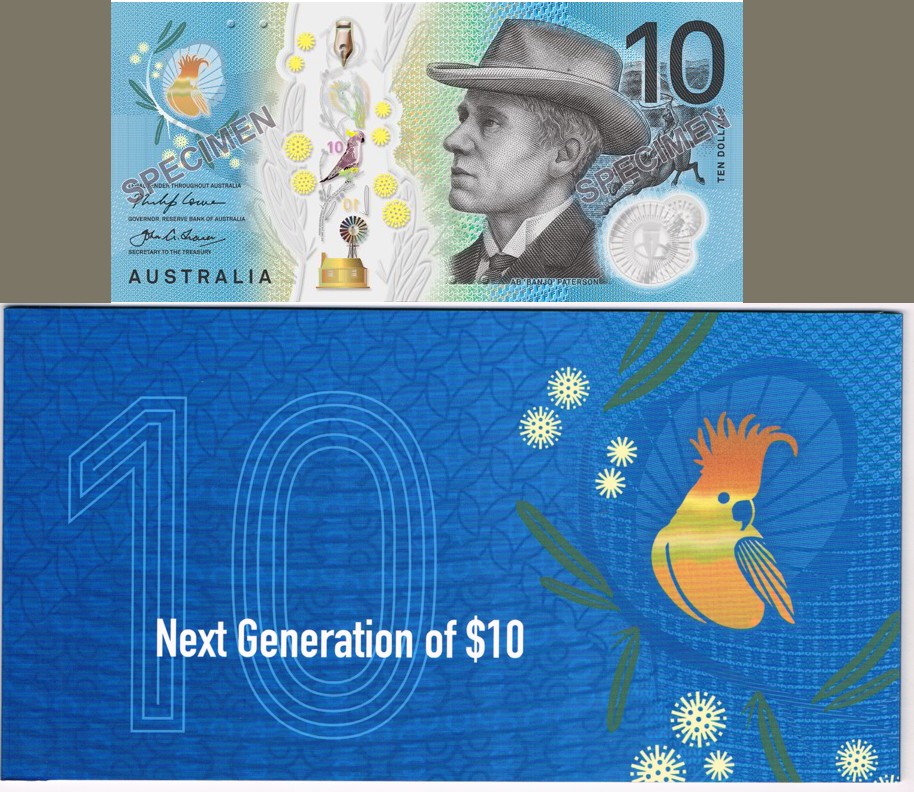 Next Generation $10 Banknote in Reserve Bank of Australia Presentation Folder

The commemorative Next Generation of $10 folder contains one uncirculated $10 banknote from the new polymer series released in September 2017, housed in a clear window. The folder depicts artwork used on the banknote.

The note design features a distinctive top-to-bottom window, reversing ‘10’ and rolling colour effect.  Each denomination in the new series of banknotes features a different species of Australian wattle and a native bird within a number of the security features. On the $10 note, these are the Bramble Wattle (Acacia victoriae) and the Sulphur-crested Cockatoo (Cacatua galerita).The new $10 banknote retains the portraits of Dame Mary Gilmore and AB ‘Banjo’ Paterson, which are drawn from the same source photographs represented on the first polymer $10 banknote.

The banknote also depicts images from the era of Gilmore and Paterson's works. The homestead used in the design of the Reversing 10 is representative of the type of homestead referenced in Gilmore and Paterson's works. The hut on the Gilmore side of the banknote references life in the Australian bushland as described in her poetry. The image of the horseman on the other side of the banknote is the designer's interpretation of a horseman from the era of Paterson’s writing.