Next Generation $5 Banknote in Folder 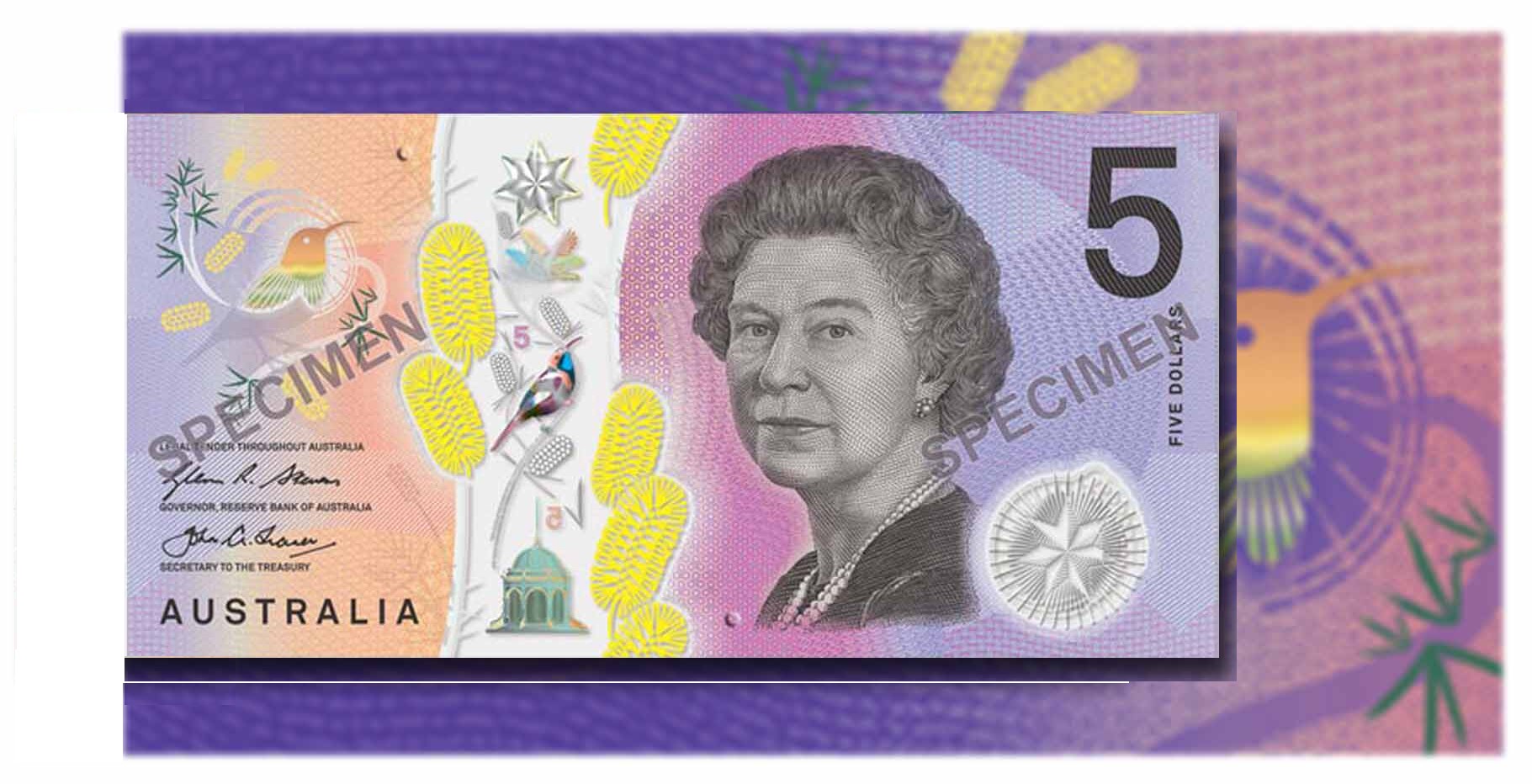 Next Generation $5 Banknote in Reserve Bank of Australia Presentation Folder

The commemorative Next Generation of $5 folder contains one uncirculated $5 banknote from the new polymer series released in September 2016, housed in a clear window. The folder depicts artwork used on the banknote.

The note design features a distinctive top-to-bottom window, reversing ‘5’ and rolling colour effect.  Each denomination in the new series of banknotes features a different species of Australian wattle and a native bird within a number of the security features. On the $5 banknote, these are the Prickly Moses wattle (Acacia verticillata subsp. ovoidea) and the Eastern Spinebill (Acanthorhynchus tenuirostris).The new $5 banknote retains the portrait of Queen Elizabeth II, which is drawn from the same source photograph represented on the first polymer $5 banknote. The banknote also depicts New Parliament House and the Forecourt Mosaic, which is based on a Central Desert dot-style painting by Michael Nelson Jagamara titled ‘Possum and Wallaby Dreaming’ and a schematic plan of the New Parliament House. This was based on the Design Development Landscape Plan, which was provided by the Parliament House Construction Authority.