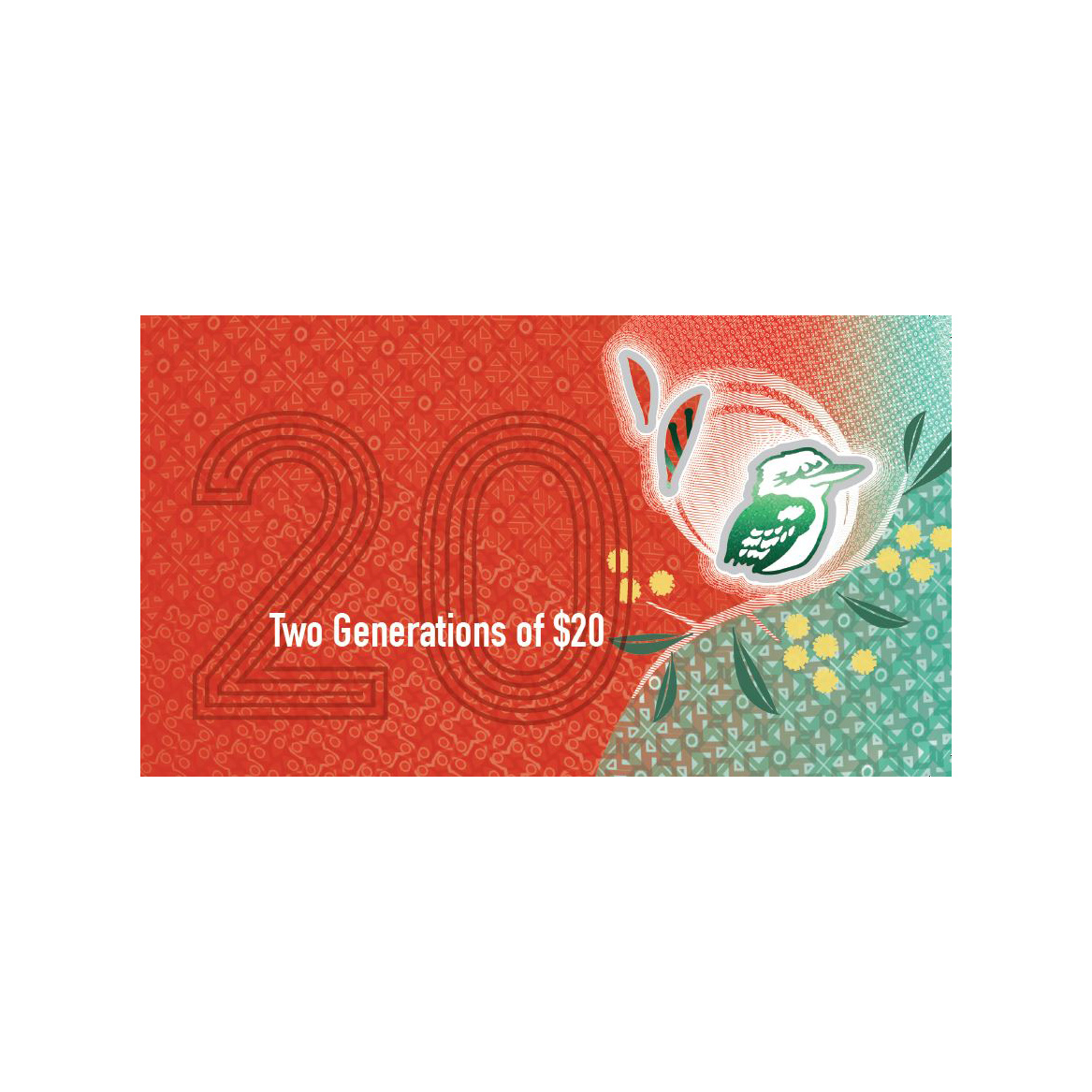 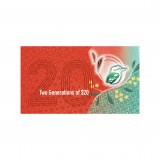 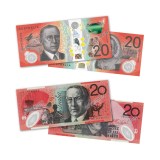 The commemorative Next Generation of $20 folder contains one uncirculated $20 banknote from the new polymer series and one from the previous polymer series. The folder depicts artwork used on the new banknote.  The new $20 banknote retains the portraits of Mary Reibey and Reverend John Flynn.

Mary Reibey arrived in Australia as a convict, but soon broke out of rigidly defined social norms to earn a reputation as an astute and successful businesswoman running her shipping and trading enterprises. She also became known for her support of charity, religion and education. Reibey's story is illustrated on the new $20 banknote through an image of a Port Jackson schooner in Sydney Cove in the early 1800s, similar to the type owned by Mary Reibey. Beside it is a traditional Eora nowie (canoe). Aboriginal women fishing from these vessels were a common sight on the harbour in Reibey's time.

John Flynn pioneered the world's first aerial medical service in 1928, now known as the Royal Flying Doctor Service (RFDS), to spread a ‘mantle of safety’ across 7.65 million square kilometres of outback. Today, it remains the largest and most comprehensive aeromedical emergency and healthcare service in the world. His stories are told through a RFDS De Havilland aircraft leaving a remote Broken Hill homestead in 1948 and a pedal-powered transceiver used by the service to improve communication in remote areas.

Please note that the word “SPECIMEN” will not be found on the actual notes that you receive. This word appears on the bank note images, only, for security reasons.