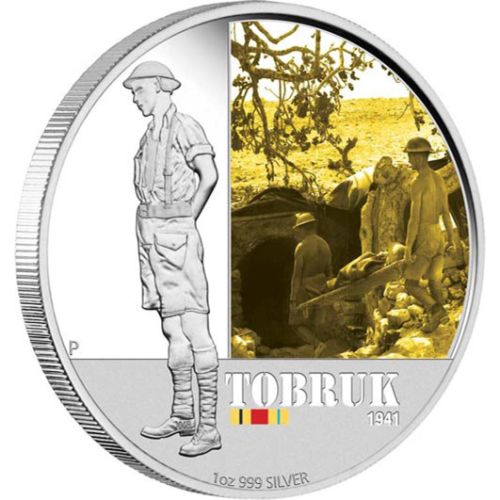 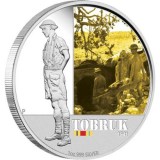 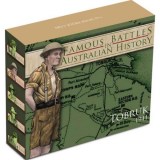 The coin’s reverse depicts  an Australian soldier, or ‘Rat of Tobruk’, wearing Second World War Western Desert Campaign military issue.  The background incorporates a printed historical image of soldiers at Tobruk, and the inscription TOBRUK 1941. The Perth Mint’s ‘P’ mintmark is also incorporated into the design.