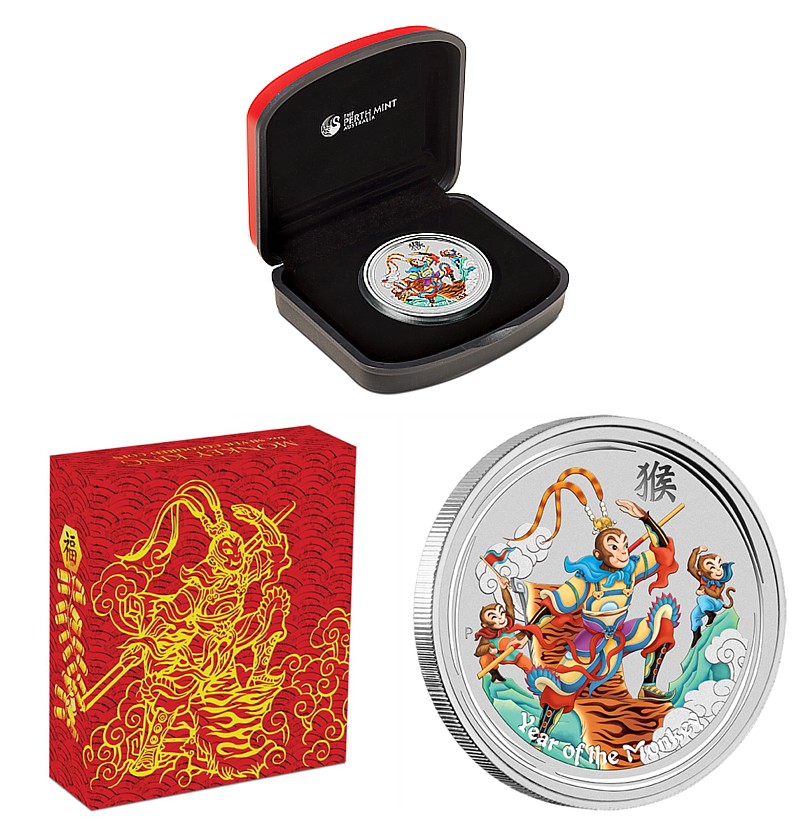 The Monkey King is brought to life in brilliant colour on this silver bullion coin. The legend of the Monkey King, Sun Wu Kong, is told in the Chinese novel Journey to the West. He is bold, daring, mischievous and rebellious.

Journey to the West is based on the monk Xuan Zang’s journey to India to retrieve Buddhist scriptures and follows the adventures, conflicts, and triumphs he has with the Monkey King and other pilgrims.

The reverse of the coin depicts a coloured image of the Monkey King on a chair against a backdrop of mountains and clouds, with two young monkeys. The design includes the Chinese symbol for monkey and The Perth Mint’s ‘P’ mintmark.

The coin is issued as legal tender under the Australian Currency Act 1965.

The Perth Mint will release no more than 5,000 of the 2016 Monkey King 1oz Silver Coloured Coin in this packaging.

The coin is housed in a presentation box and is accompanied by a numbered Certificate of Authenticity.  This one is special number 500.