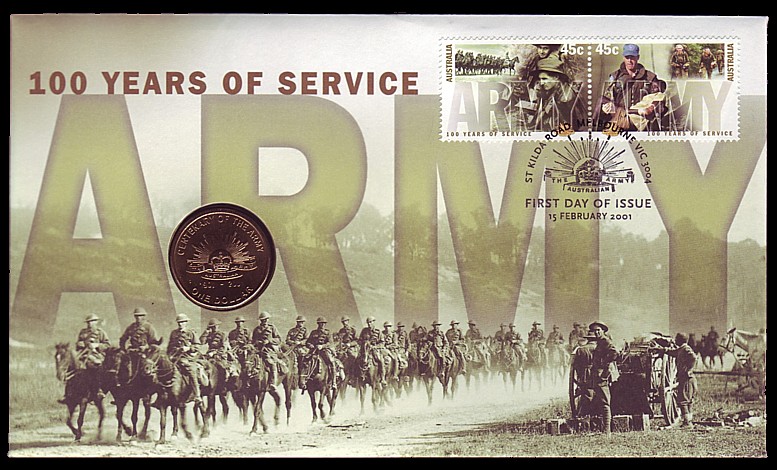 2001 PNC commemorating 100 years of the Australian Army.  The dollar coin features the Rising Sun emblem of the Army.  The cachet depicts a photo from the archives of the Australian War Memorial, featuring the 13th Australian Light Horse travelling past Gressaire Wood to participate in the fighting near Bray by the 9th Infantry Brigade during WWI. The .45c stamp pair issued by Australia Post feature scenes of early wartime conflict, and also modern scenes of a soldier assisting an injured cilivilan. The cover is postmarked with on the first day of issue, 15-2-2001. A much sought after military themed item.