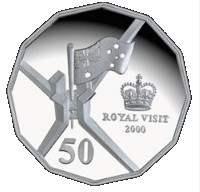 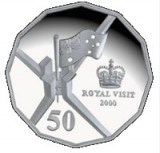 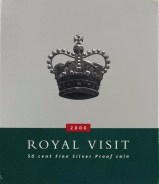 A special new effigy was produced to appear on this coin.  Vladimir Gottwald was the Royal Australian Mint's designer of this effigy.  This was the first time since 1936 that an effigy of a monarch designed by an Australian featured on Australian coinage.  The coin's reverse features the Australian flag flying above new Parliament House alongside an image of St Edward's Crown.

This silver proof coin is presented in an embellished box with a Certificate of Authenticity.