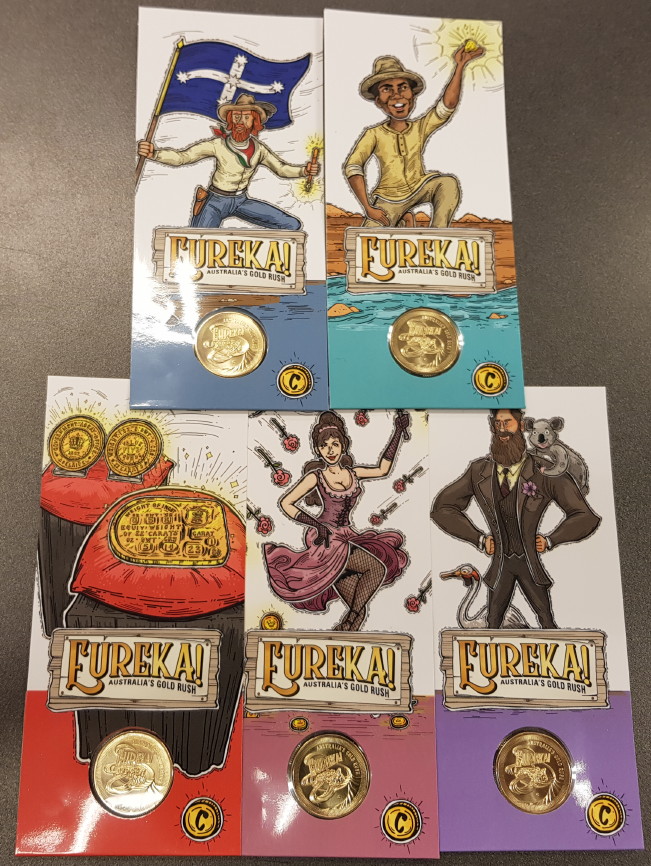 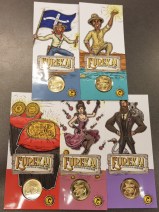 The discovery of gold in Australia transmuted colonies into thriving cities, old penal settlements into places of shining opportunity, and launched a rush towards Federation.

James Nash - James Nash's discovery of gold in 1867 changed the fortunes of the struggling colony of Queensland, leading to the founding of the town of Gympie.

Adelaide Ingots and Pounds - The population boom led to a currency shortage, so in South Australia ingots and tokens were manufactured of gold. Some of these reate pieces are now in the National Coin Collection.

Raffaello Carboni at Eureka - the miner's strike at Eureka, Victoria, was chronicled by an Italian intellectual named Raffaello Carboni. His witnessing account of the events contributed to an egalitarian democracy in Australia.

Coins struck and packaged by the Royal Australian Mint.

Back to: One Dollar Coins