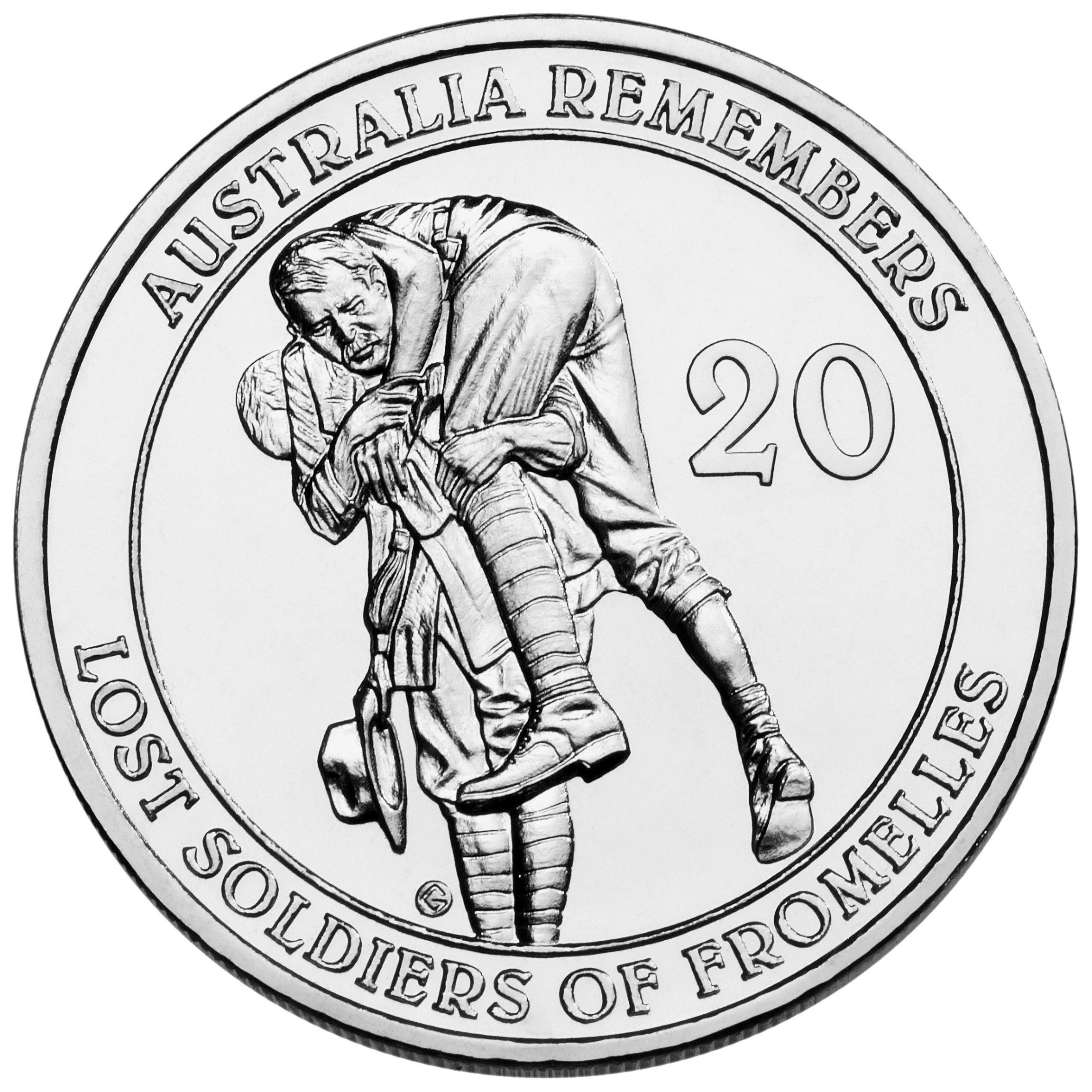 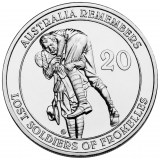 The Royal Australian Mint continues its Australia Remembers series by commemorating the Lost Soldiers of Fromelles. The battle occurred in France on July 19-20 in 1916. Fromelles was a combined operation between British troops and the Australian Imperial Force (AIF). It would be the first occasion that the AIF saw action on the Western Front. The Australian War Memorial describes the battle as "the worst 24 hours in Australia's entire history."

The coin design is based on the Cobbers Statue which stands in Fromelles and was developed in partnership with the Australian Fromelles Project Group.

Back to: Twenty Cent Coins