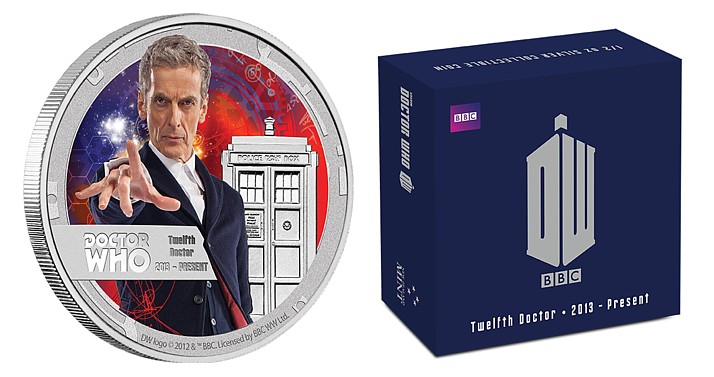 The Perth Mint is excited to introduce the latest Doctor, Peter Capaldi, on a 1/2oz silver proof coin.


Each coin is meticulously struck by The Perth Mint from 1/2oz of 99.9% pure silver in proof quality.


The reverse of the coin features a high quality colour reproduction of Peter Capaldi as the Twelfth Doctor. Behind him is a TARDIS engraved in 3-dimensional relief. This is surrounded by a finely engraved border design inspired by technology and time travel.


No more than 4,000 of the Doctor Who – Twelfth Doctor 2015 1/2oz Silver Proof Coin will be released for sale worldwide.


Issued as legal tender under the Pacific isle of Niue, the obverse of the coin features the Ian Rank-Broadley effigy of Her Majesty Queen Elizabeth II, the monetary denomination in NZD, and the 2014 year-date.


Each release is presented in a classic blue presentation box with an embossed silver foiled Doctor Who logo, and comes with an individually numbered Certificate of Authenticity.

The Doctor Who 50th Anniversary 2013 1/2oz Silver Proof Eleven-Coin Set, released to coincide with the Doctor Who 50th anniversary celebrations, features all of the eleven previous Doctors.  This Twelfth Doctor coin is a perfect addition to complete the set. 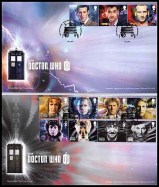 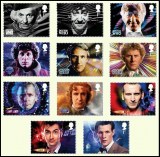 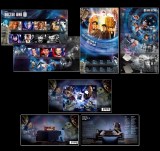