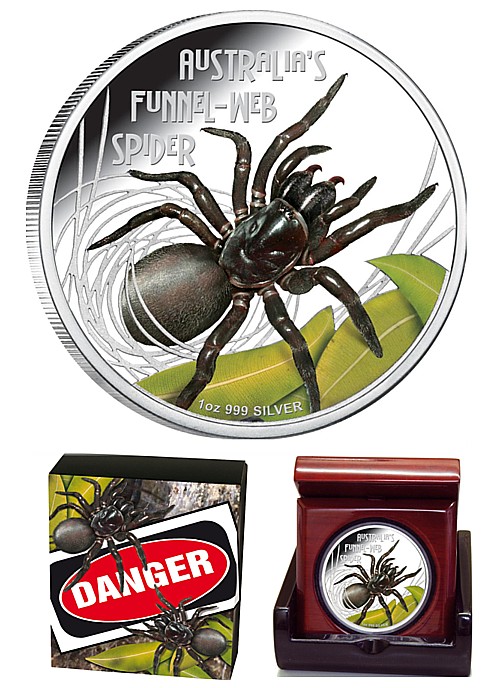 If there’s one spider you really don’t want to meet it’s the Funnel Web Spider. Considered one of the world’s most deadly spiders, one sight of this big black baddie will evoke fear in even the bravest of souls.

The coin is struck by The Perth Mint from 1oz of 99.9% pure silver in proof quality.

The coin’s reverse depicts a deadly Funnel Web Spider against a coloured background of its web and leaves. The inscription AUSTRALIA’S FUNNEL WEB SPIDER is included in the design.

Issued as legal tender of Tuvalu, the coin depicts the Ian Rank-Broadley effigy of Her Majesty Queen Elizabeth II on the obverse and the monetary denomination.

No more than 5,000 of these coins were released.

The coin is accompanied by a numbered Certificate of Authenticity.

The coin is housed in a high-gloss timber presentation case and shipper emblazoned with the warning ‘DANGER’.. 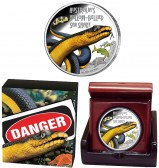 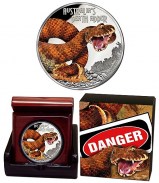