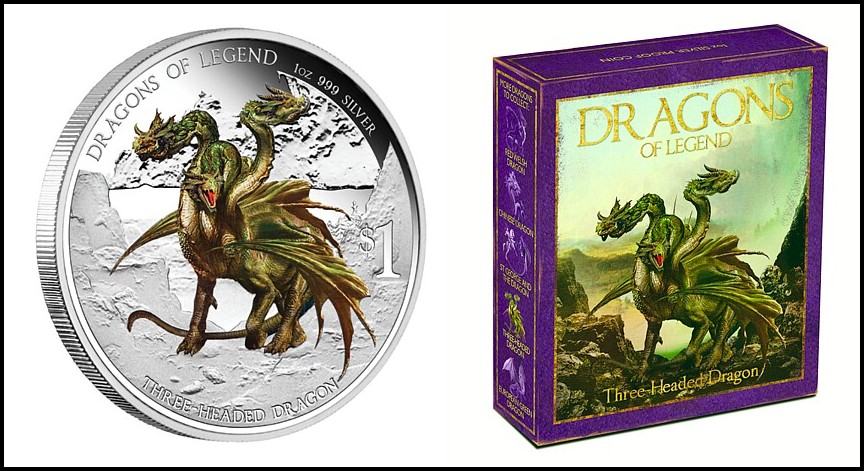 The three-headed dragon has been represented differently in many legends and myths.

In Bulgarian, Russian, Ukrainian and Serbian lore, this tri-headed creature is viewed as evil, with few redeeming qualities. Its number of heads ranges from one to seven. Like the Hydra in Greek mythology, legend has it that the dragon’s heads will regrow if cut off –unless the heads are cured by fire.

The coin’s reverse portrays a dramatic coloured portrait of a three-headed dragon set against a mountainous scene. Included in the design are the words THREE-HEADED DRAGON and the monetary denomination. The coin’s obverse depicts the Ian Rank-Broadley effigy of Her Majesty Queen Elizabeth II and the 2013 year-date.

Comes with numbered Certificate of Authenticity (# 4900).