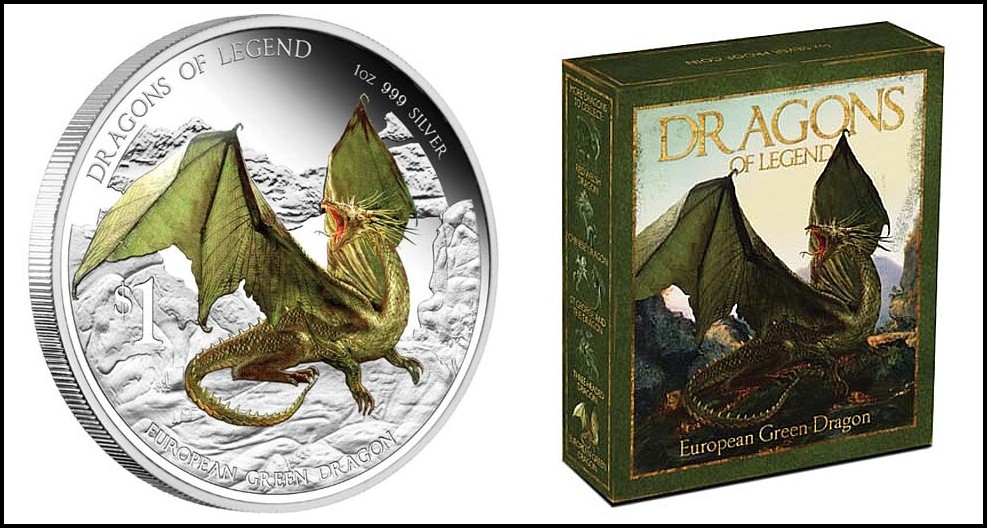 According to European legend and folklore, the green dragon is a serpentine creature that is thought to have lived in a cave or underground lair. The green dragon is believed to be an extremely powerful creature, with huge wings, scales, and a long, spiked tail.

The European dragon has been represented as both good and evil. Many modern stories depict dragons as being very intelligent creatures that can talk. They are often associated with, and sometimes in control of, powerful magic. In some cases the dragon is thought to be an advisor and friend to humankind.

Comes with numbered Certificate of Authenticity (# 1199).