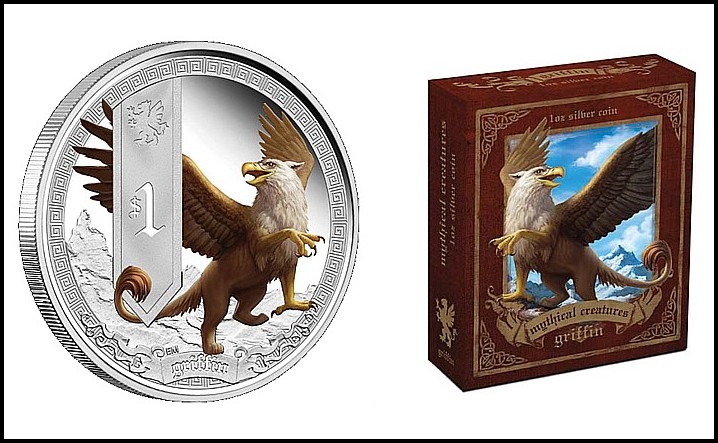 The Griffin is a mythical creature thought to be the offspring of an eagle and lion. Its head and wings are those of an eagle, while its body resembles that of a lion. This legendary animal is known for its speed, ability to fly and piercing vision, combined with the leonine qualities of courage and strength. Traditionally believed to roost in high places, the griffin has been represented variously as a guardian of priceless possession, justice and divinity.

The coin’s reverse portrays a coloured griffin against the backdrop of a mountain peak and sky. Included in the design is the inscription ‘griffin’ and the monetary denomination. The coin’s obverse depicts the Ian Rank-Broadley effigy of Her Majesty Queen Elizabeth II and the 2013 year-date.