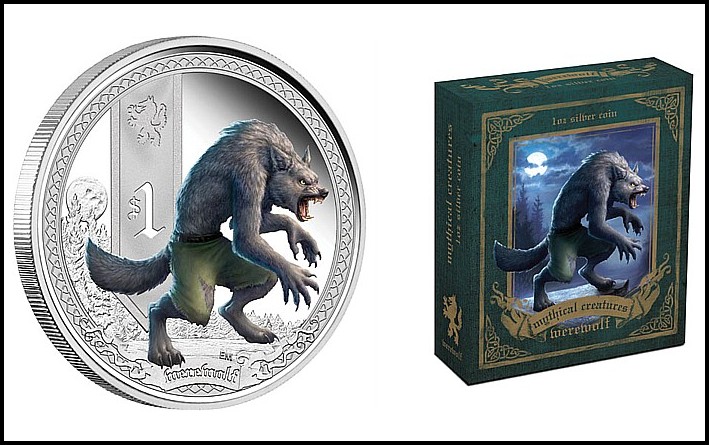 Originally a fabled creature in European folklore, the werewolf is believed to be a human who had the ability to transform into a wolf or wolf hybrid, either purposefully or by the use of magic. According to legend, the metamorphosis from human to beast was commonly associated with the appearance of a full moon. In its animal form, the werewolf possessed exceptional strength, speed and acute senses, far beyond that of a man or a wolf.

The coin’s reverse portrays a coloured werewolf fiercely prowling within a dense forest background beneath a full moon. A medieval style banner displays a silhouette of a werewolf and the monetary denomination, with the inscription ‘werewolf’ featured on a scroll at the base of the design. The coin’s obverse depicts the Ian Rank-Broadley effigy of Her Majesty Queen Elizabeth II and the 2013 year-date.