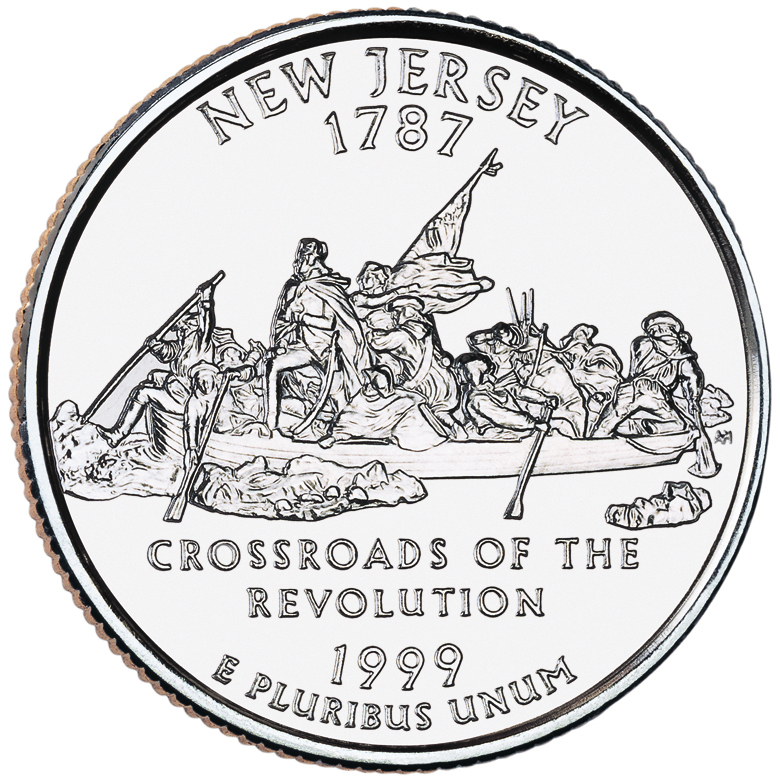 Released on May 17, 1999, this is the third coin released in the 50 State Quarters Program and the third released in 1999. New Jersey, admitted into the Union on December 18, 1787, themed the coin, Crossroads of the Revolution. It highlights, General George Washington crossing the Delaware River.


Image provided is showing coin design*. Coin is in very fine to uncirculated condition (ex roll).  We will provide the best condition coin we have in stock at the time of order.  If any questions, we are happy to provide a scan of the coin before purchase.