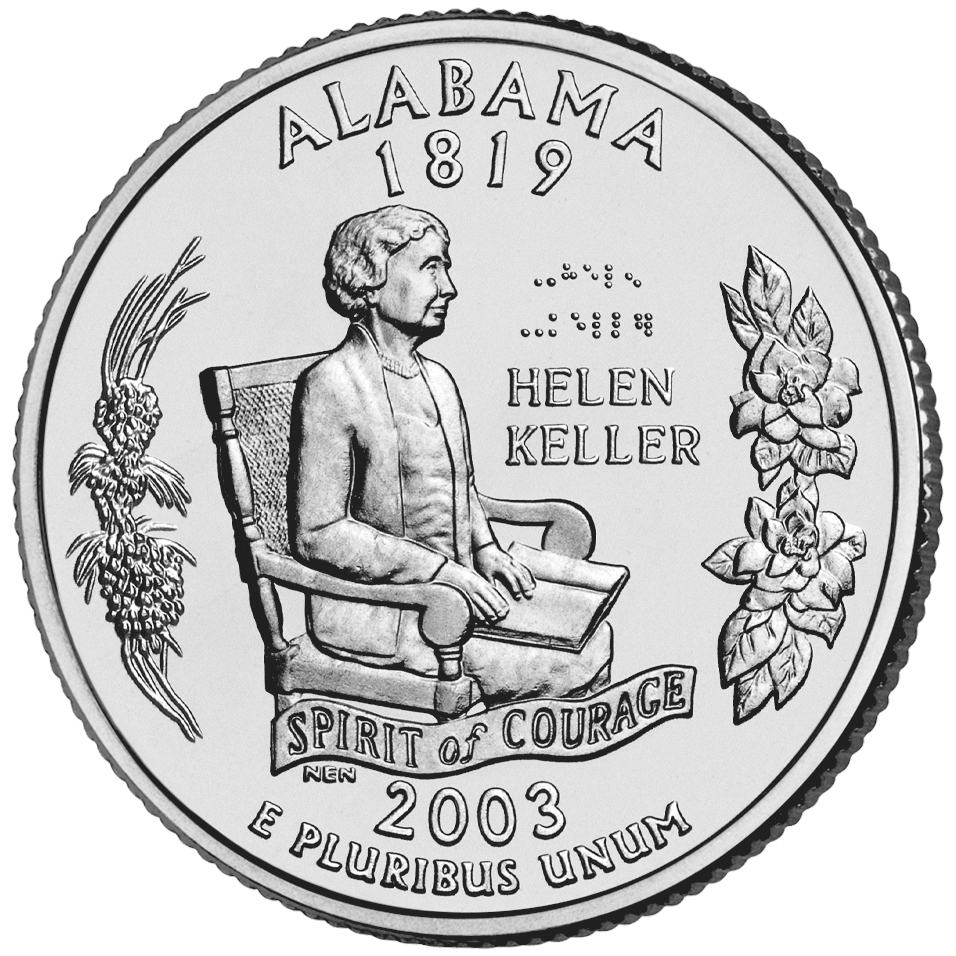 Released on March 17, 2003, this is the 22nd coin released in 50 State Quarters Program and the second coin released in 2003. Alabama, who was admitted into the Union on December 14, 1819, themed the coin, Spirit of Courage. It highlights an image of Helen Keller with her name in English and in a reduced-size version of Braille, an Alabama long leaf pine branch wtih magnolias gracing the sides of the design, and the Spirit of Courage banner underlining the image.