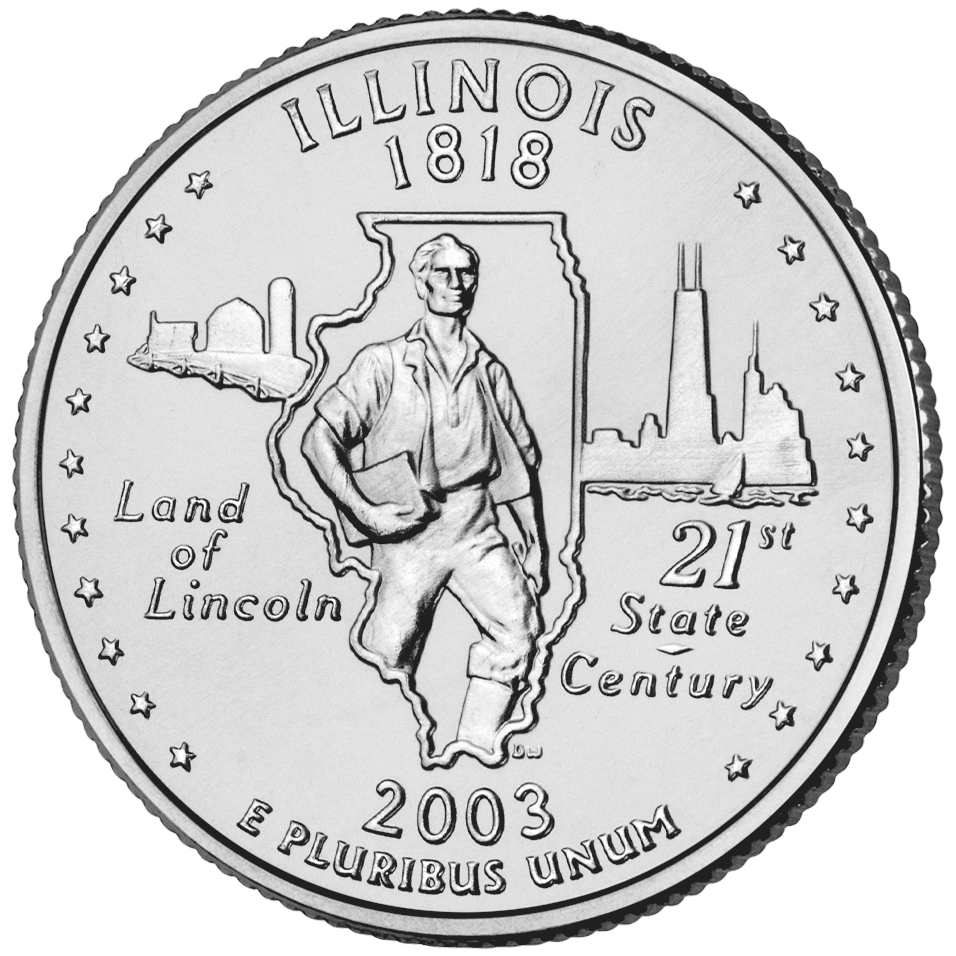 Released on January 2, 2003, this is the 21st coin released in the 50 State Quarters Program and the first released in 2003. Illinois, admitted into the Union on December 3, 1818, themed the coin, The Land of Lincoln. It highlights an image of a young Abraham Lincoln within an outline of the state, a farm scene, and the Chicago skyline on the left and the right of the state's outline. There are twenty-one stars bordering the coin which signify Illinois as the 21st state admitted into the Union.