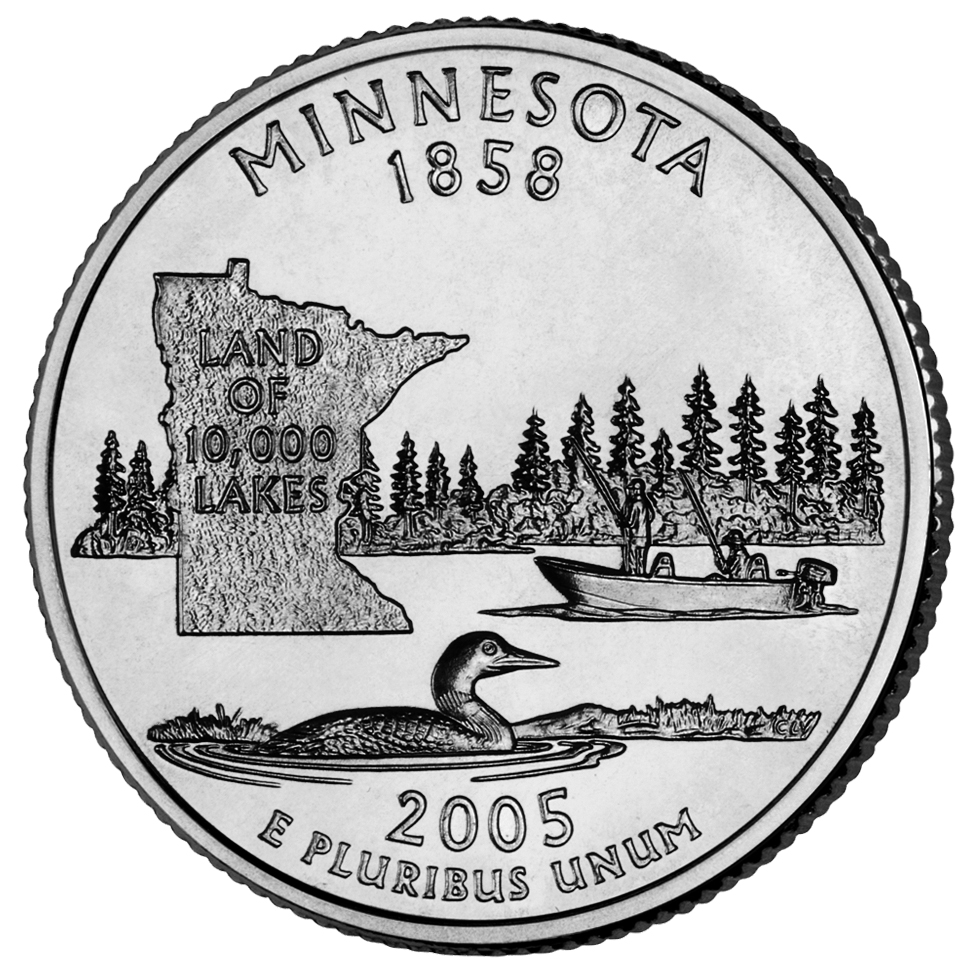 Released on April 4, 2005, this is the 32nd coin released in the 50 State Quarters Program and the second released in 2005. Minnesota, admitted into the Union on May 11, 1858, themed the coin, Land of 10,000 Lakes. It highlights an image of a tree-lined lake with two people fishing, a loon on the water, and a textured outline of the state surrounding its nickname, Land of 10,000 Lakes.