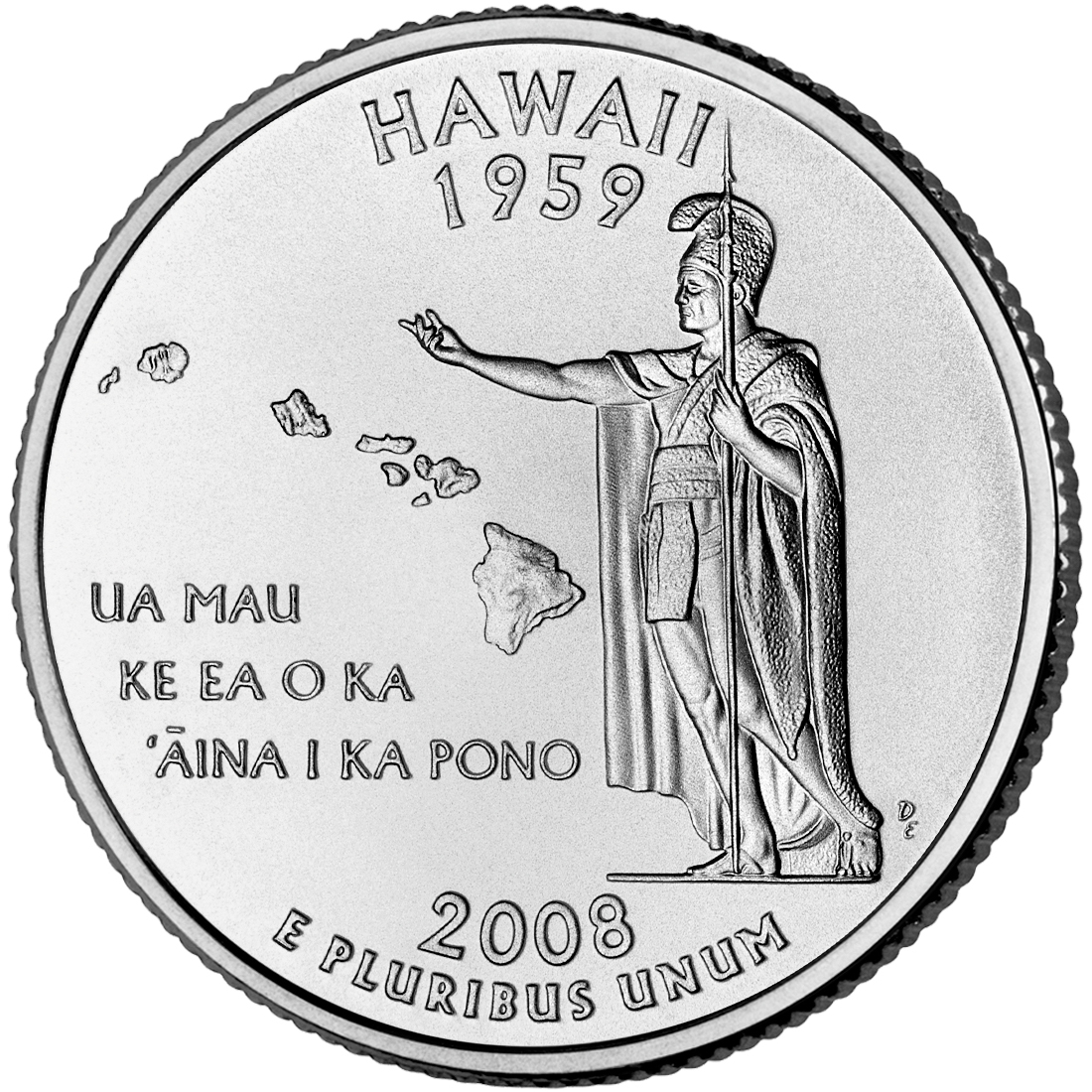 The reverse of Hawaii’s quarter features Hawaiian monarch King Kamehameha I stretching his hand toward the eight major Hawaiian Islands.