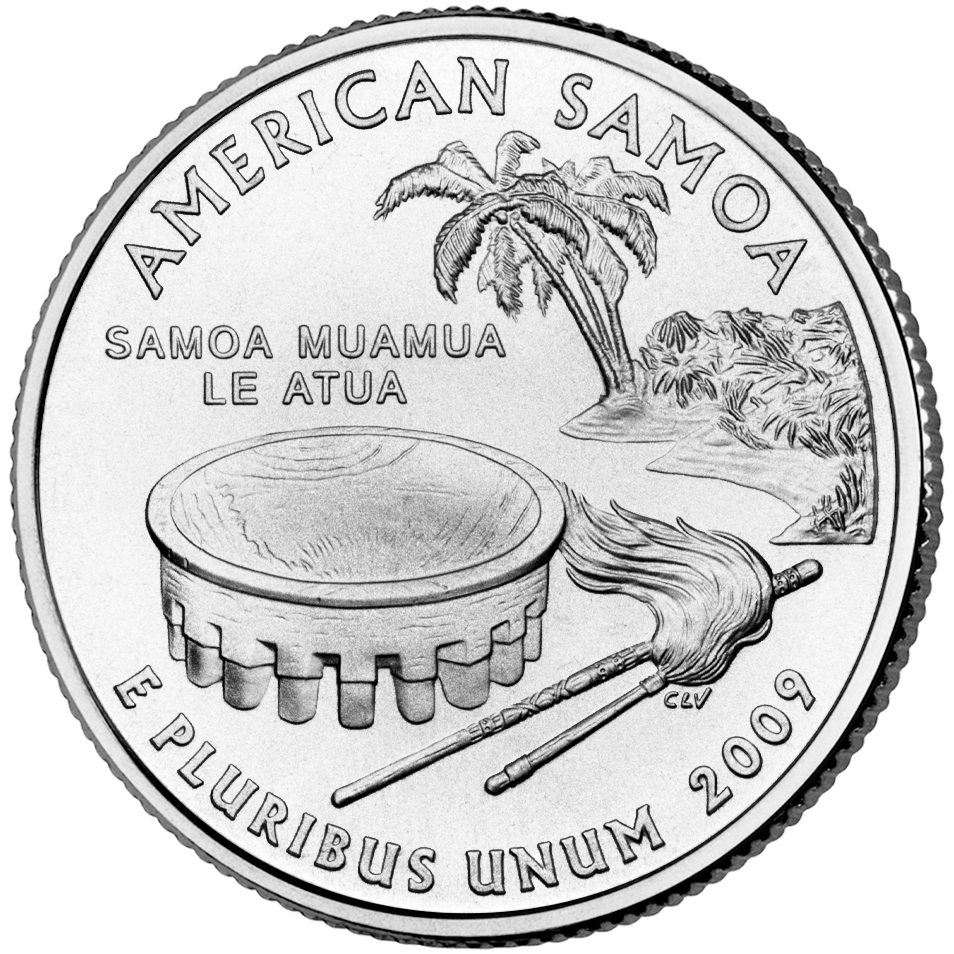 American Samoa is a group of five islands and two atolls in the South Pacific Ocean. Europeans began to visit this area in the early 1700s. English missionaries and traders arrived in the 1830s.

The American Samoa quarter is the fourth in the District of Columbia and U.S. Territories Quarters Program. The design on this quarter includes an ava bowl (or “tanoa”), a fly whisk, and a staff. The ava bowl is used to make a special drink for island chiefs and guests during important events. The whisk and staff symbolize the rank of the speaker at these gatherings. The ava bowl, whisk, and staff also appear on American Samoa’s official seal.

In the background of the design, a coconut tree stands on a tropical beach. The territory’s motto is also shown, which translates as “Samoa, God is First.”