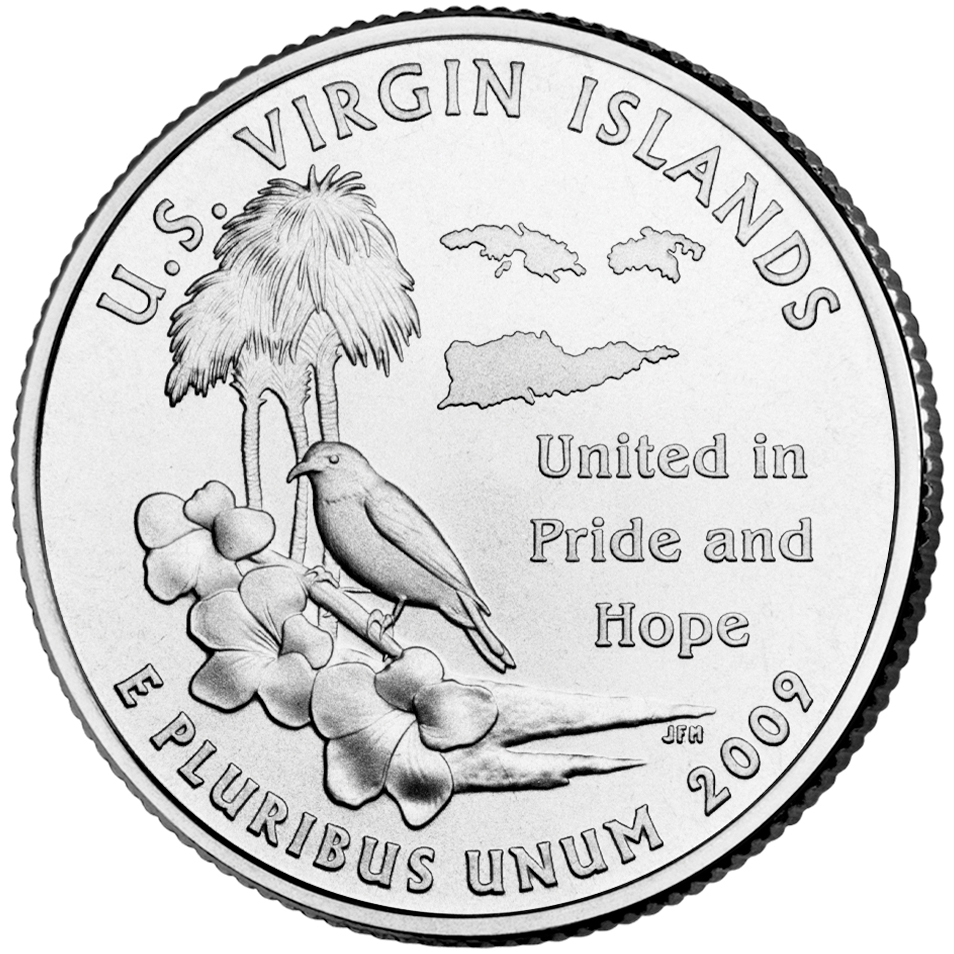 Christopher Columbus explored the US Virgin Islands in 1493. The islands were first inhabited by the Arawak, the Taino (taEEno), and then the Carib Indians. Denmark began to colonize the islands in 1666 and named them the Danish West Indies. Just west lies Puerto Rico; to the east, the British Virgin Islands.

The United States purchased the group of three main islands and about 50 islets from Denmark in 1917 for $25 million. In 1927, those who lived in the U.S. Virgin Islands became American citizens. In 1954, a territorial government was set up there with three branches, much like the branches of the federal government.

Also on this quarter, fifth in the series, is an outline of the three major islands (St. Croix [CROY], St. Thomas, and St. John). The territory’s motto, “United in Pride and Hope,” completes the design.