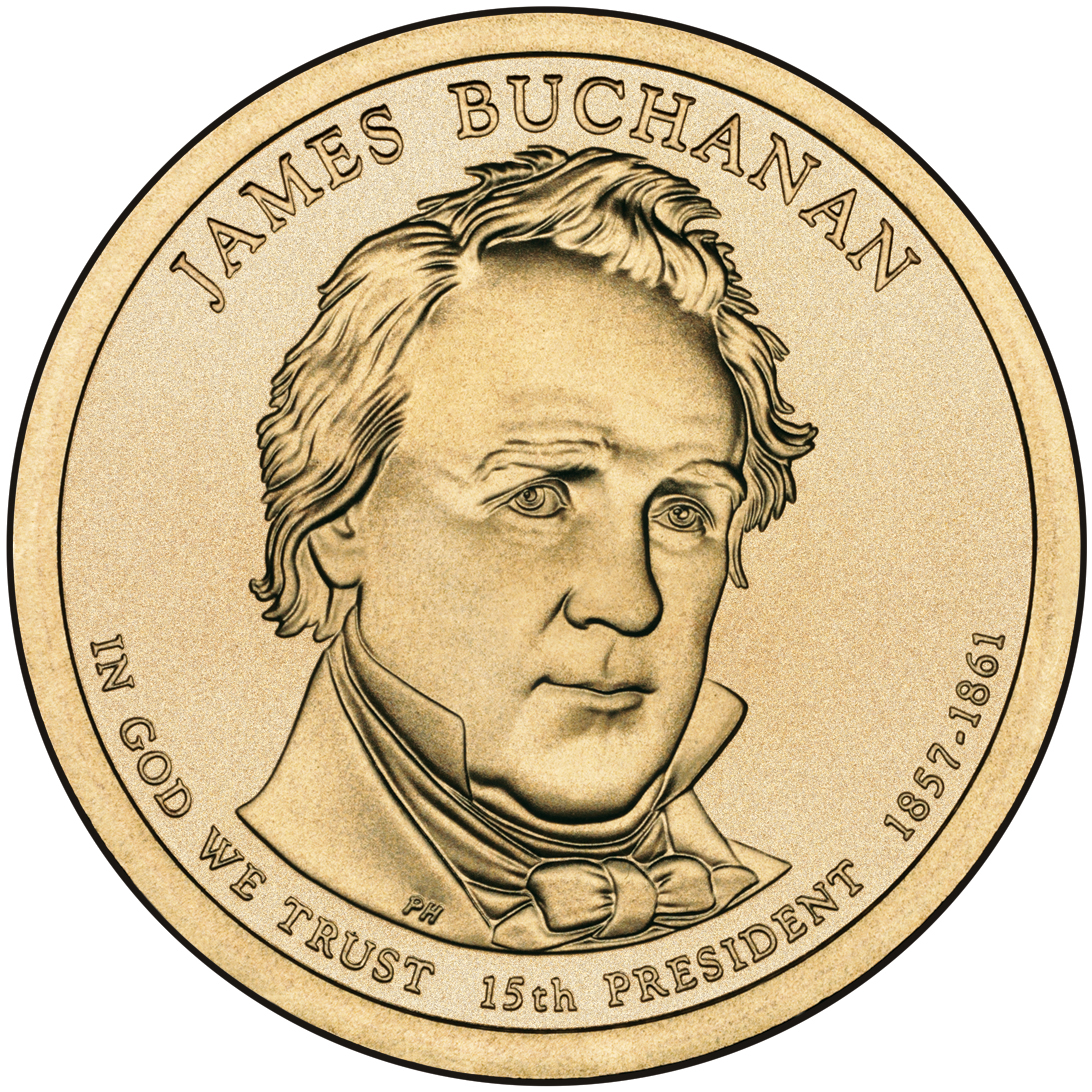 James Buchanan, the 15th U.S. President, was born on April 23, 1791, near Mercersburg, Pa. The oldest of 11 children, he began a successful law career in 1812. During the War of 1812, he helped defend Baltimore against British attack. A gifted orator, he became a state legislator, and later served as a member of the U.S. House of Representatives and Senate and as U.S. minister to Russia. In 1845, he became President James K. Polk’s secretary of state. His later service abroad as U.S. minister to Great Britain helped insulate him from the growing domestic controversy over slavery, which was reaching a crescendo by 1856, helping him secure the Democratic Party’s nomination for President. He served one term in office, 1857-1861. He did not seek re-election in 1860.