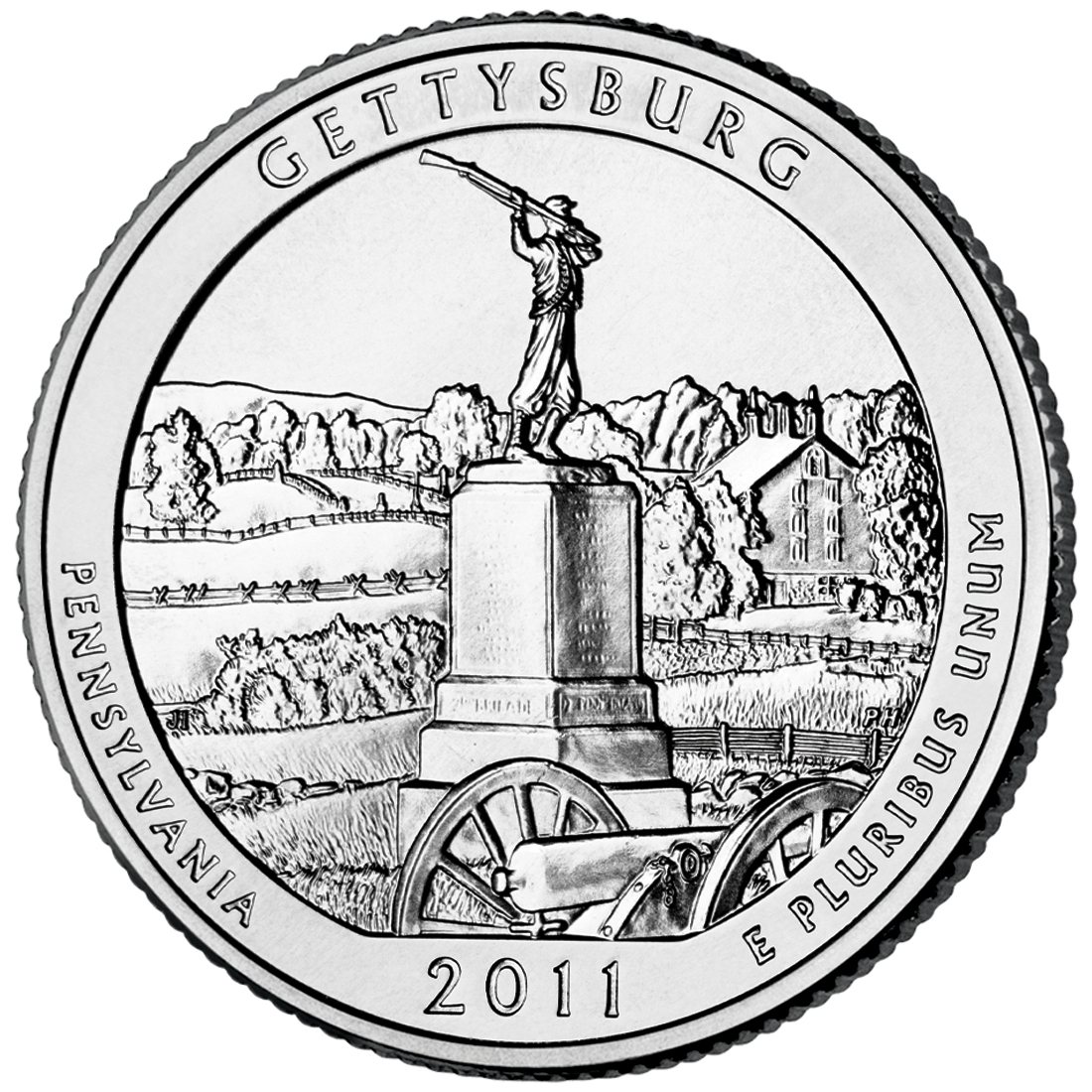 The Gettysburg National Military Park quarter is the first to be released in 2011, and the sixth overall in the America the Beautiful Quarters® Program. The Battle of Gettysburg, the Union victory in the summer of 1863 that ended General Robert E. Lee’s second and most ambitious invasion of the North, was a turning point in the Civil War. Often referred to as the “High Water Mark of the Rebellion,” it was among the war’s bloodiest battles, with 51,000 casualties. It also provided President Abraham Lincoln with the setting for his most famous address. It was the Gettysburg Battlefield Memorial Association, a group of concerned citizens, that first set out in 1864 to preserve the battlefield as a memorial to the Union troops who fought there. The park is well-known for its many monuments and memorials, the majority of which were placed by veterans of the battle. On February 11, 1895, the battlefield was transferred to the federal government as Gettysburg National Military Park (28 Stat. 651).

The reverse image depicts the 72nd Pennsylvania Infantry Monument, which is located on the battle line of the Union Army at Cemetery Ridge.