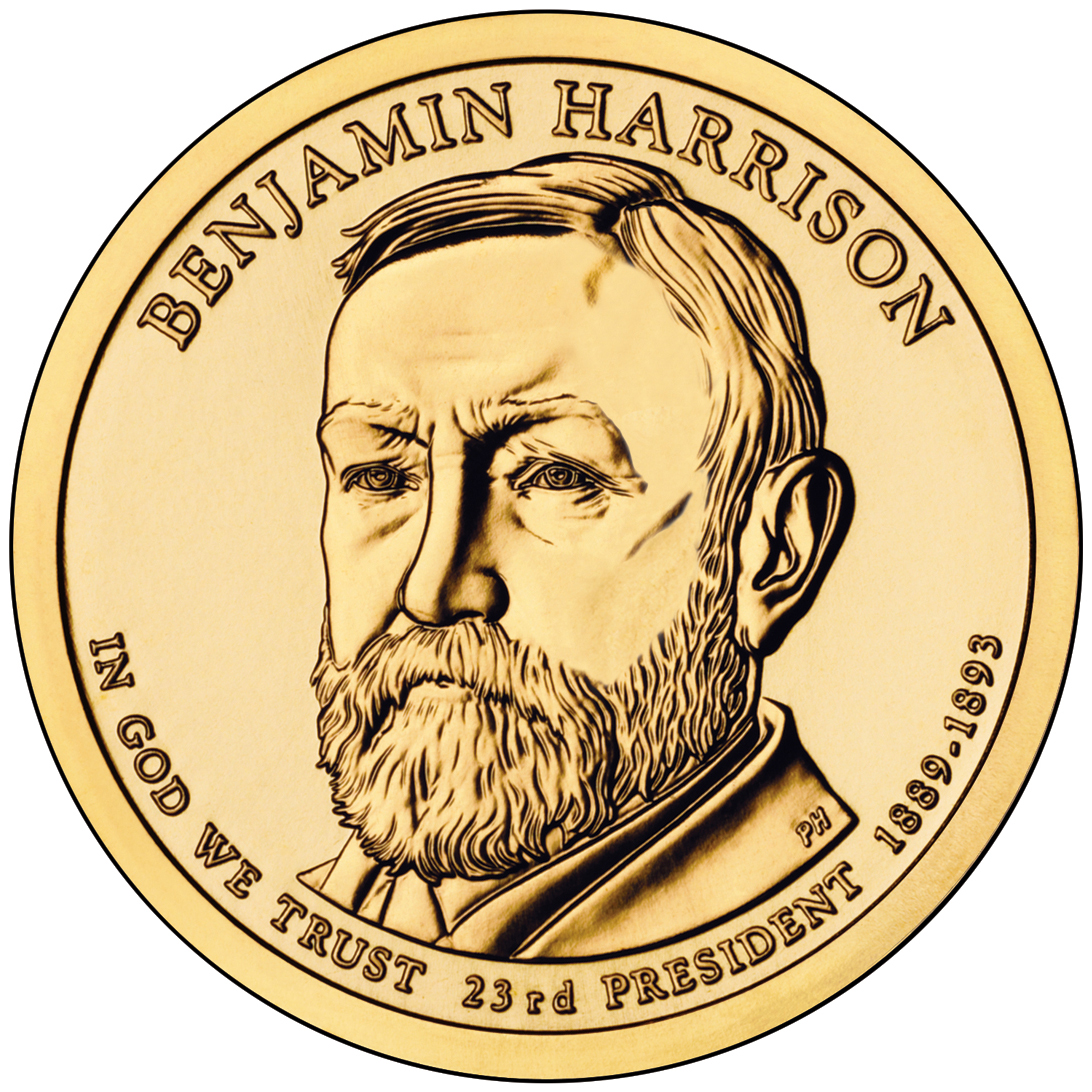 Grandson of former President William Henry Harrison, Benjamin Harrison was born in 1833 on a farm by the Ohio River below Cincinnati. He attended Miami University in Ohio and studied law in Cincinnati, later moving to Indianapolis, where he practiced.  After the Civil War, during which Harrison served as colonel of the 70th Volunteer Infantry, he enhanced his reputation as a lawyer. In the 1880s, he served in the U.S. Senate, where he championed American Indians, homesteaders and Civil War veterans. In the presidential election of 1888, he received 100,000 fewer popular votes than President Cleveland but carried the Electoral College 233 to 168.

As President, Harrison was proud of his vigorous foreign policy. He was re-nominated by his party in 1892 but lost to Grover Cleveland. A dignified elder statesman, he died in 1901.