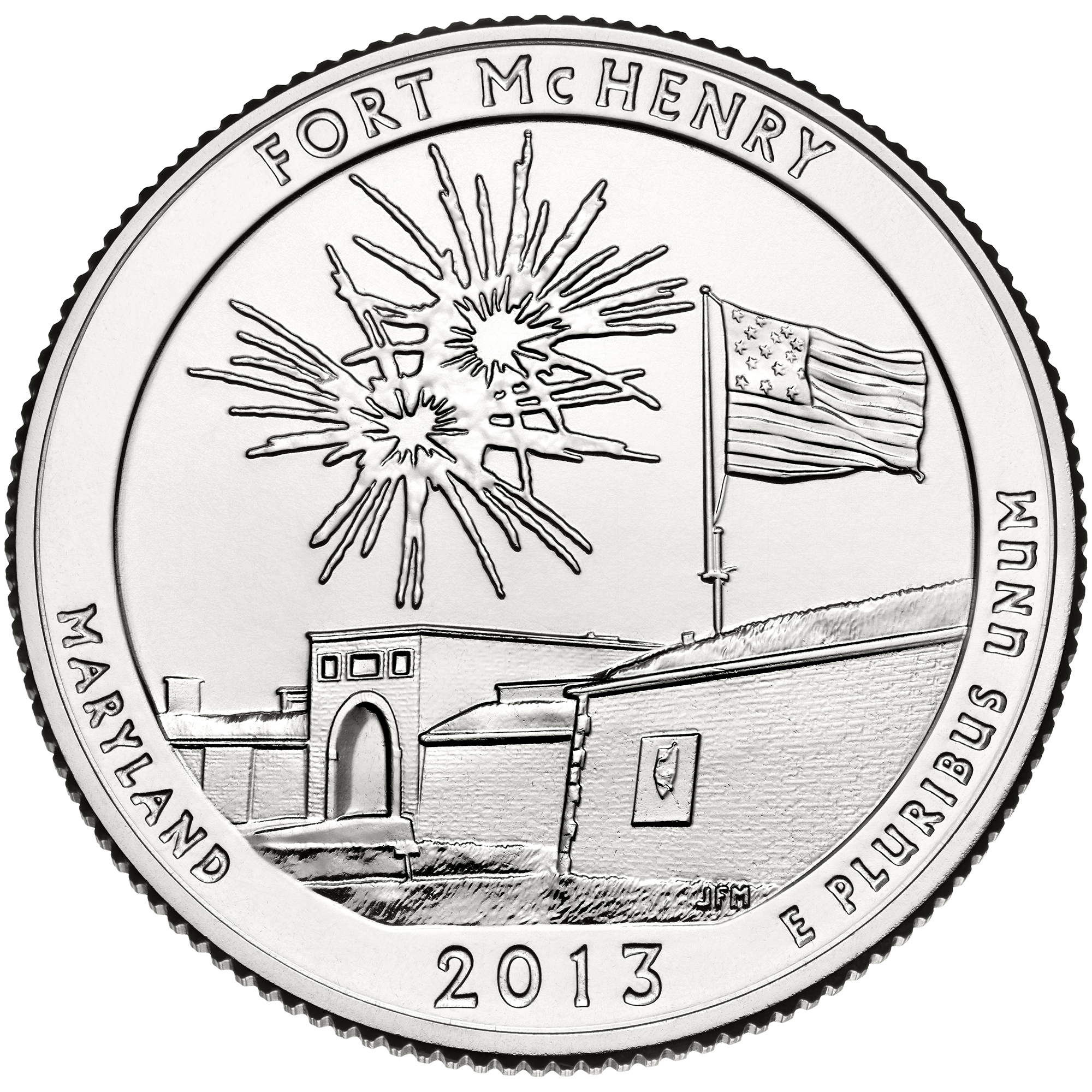 The Fort McHenry National Monument and Historic Shrine quarter is the fourth of 2013 and the 19th overall in the America the Beautiful Quarters® Program. Fort McHenry—the birthplace of our country’s national anthem—was named for James McHenry, our Nation’s second Secretary of War. Following the burning of the Nation’s capitol and other federal buildings in August 1814, British forces attacked Baltimore. Francis Scott Key, a poet-lawyer, witnessed the September 13-14 bombardment of Fort McHenry while under British guard on an American truce ship in the Patapsco River. Seeing his country’s flag still flying over the fort the next morning, he was moved to pen “The Star-Spangled Banner.” Fort McHenry was first established as a national site on March 3, 1925 (43 Stat. 1109).

The reverse design represents the site during the "Defenders Day" celebration, considered the centerpiece annual event held at Fort McHenry. The fireworks symbolize the "rocket's red glare," linking the fort to its historic past.