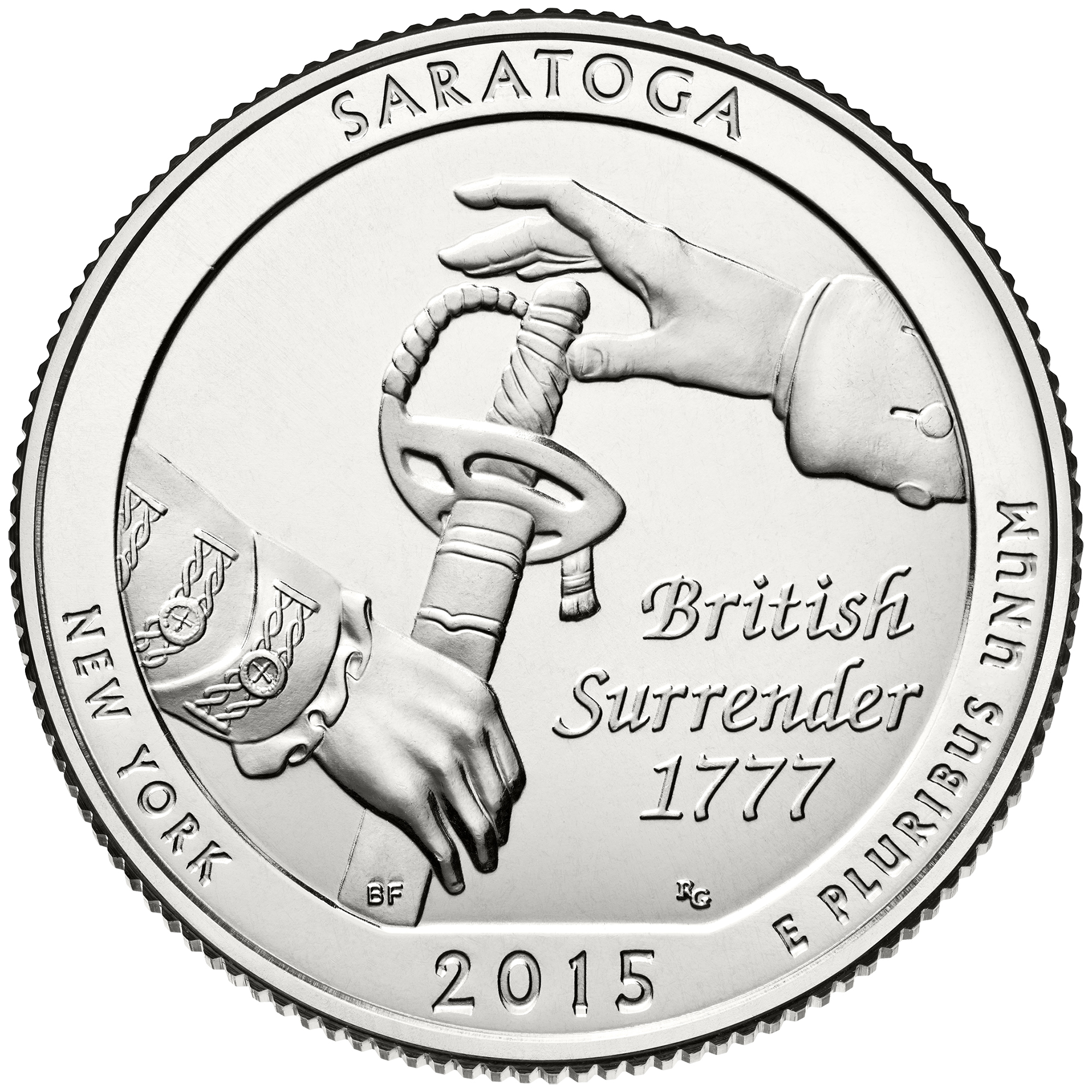 At Saratoga in the autumn of 1777, American forces met, defeated and forced a major British army to surrender. This crucial American victory renewed patriots’ hopes for independence, secured essential foreign recognition and support, and forever changed the face of the world. The battlefield, a monument to the fallen and the restored country house of American General Philip Schuyler make up the three sites of Saratoga National Historical Park.  It was established as a national site in 1938.

This design depicts a close-up of the moment General John Burgoyne surrendered his sword to General Horatio Gates, a turning point many believe marked the ‘beginning of the end of the American Revolutionary War.’