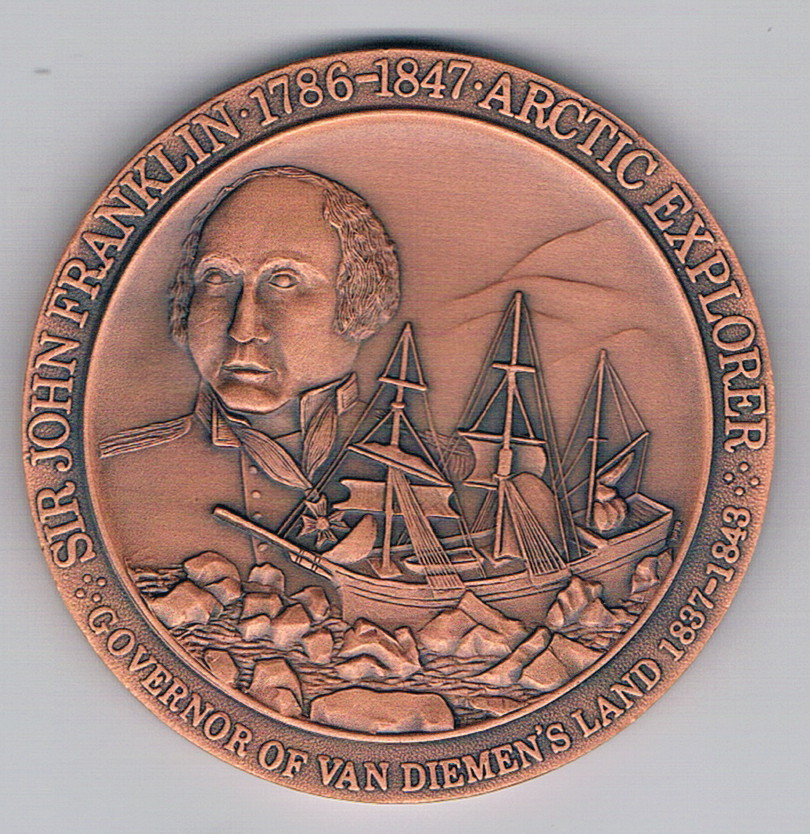 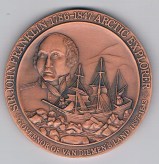 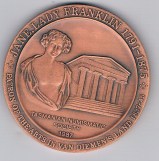 This medallion has Sir John Franklin as its obverse and his wife Jane (nee Griffin), Lady Franklin as the reverse.

The design features Sir John franklin 1786 - 1847, lost while exploring the Arctic in 1847 searching for the North-West Passage, is shown in stern front-facing bust fashion alongside his sailing ship trapped in crushing ice.  Lady Jane Franklin 1791 - 1875, a dedicated patron of the Arts, is shown, half-figure, clothed in a flowing gown outside her legacy to Hobart - the minature Greek temple she had built in 1842 and that is now known locally as the Lady Franklin Gallery after being saved from disrepair in 1948.