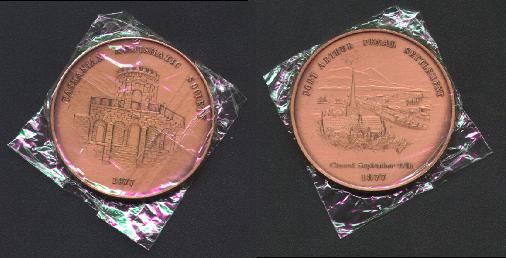 Saturday 28 September 2013 will long live in the memory of Hawks fans; especially following the 10-point loss to the Sydney Swans in the 2012 Grand Final.  But there was to be no repeat disappointment this time round, with Alastair Clarkson’s men dominating large periods of play. Following a stellar season, the Brown and Gold of Hawthorn will line the streets of Melbourne.

To honour the occasion, the Royal Australian Mint released this $1 fine silver proof coin – emblazoned with a representation of the 2013 Premiership Cup and “Hawthorn Football Club” written underneath.  Mintage limited to just 5,000.