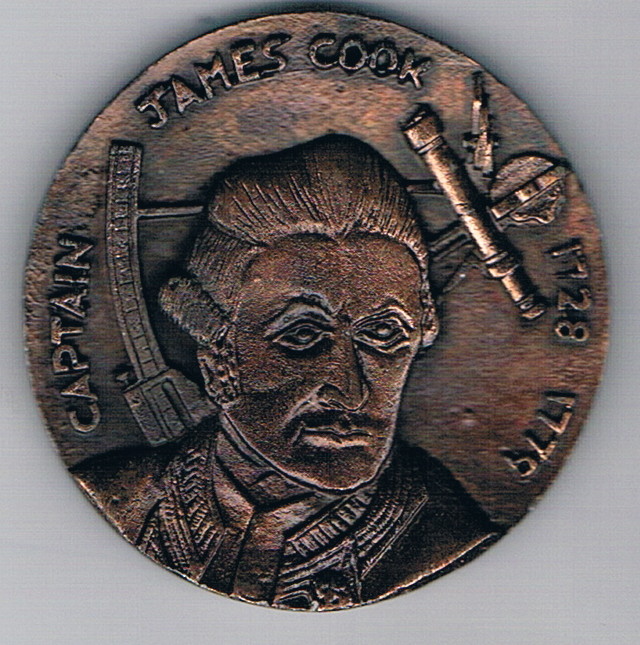 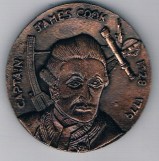 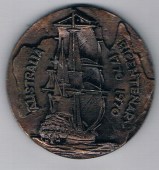 This medallion was specially struck by the Daily Mirror to commemorate the 200th Anniversary of the landing of James Cook at Botany bay on the twenty eighth day of April, 1770.  A cast medal, mintage 10,000.  It features on the obverse a bust of Cook facing right; behind him is a sextant; around, CAPTAIN JAMES COOK 1728 - 1779.  On the reverse, H.M. Bark Endeavour under full sail seen almost from behind; the ship is set over a simplified map of Australia; on the left, AUSTRALIA; on the right, BICENTENARY / 1770 1970 The artist's initials, PM (Peter Mintern), to the left of the ship.


Back to: Medallions / Tokens / Checkpieces