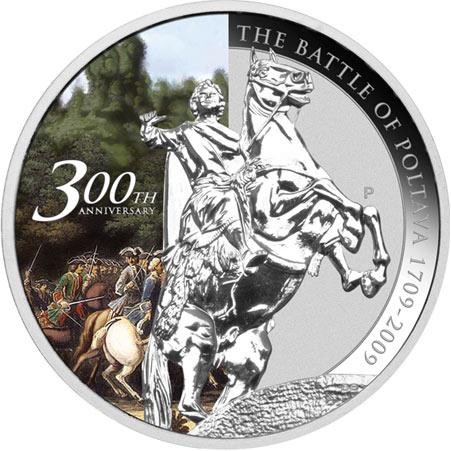 The coin portrays The Bronze Horseman, a statue of Peter the Great by Etienne Maurice Falconet.  It also features a coloured representation of Russian cavalry at the famous encounter.  The Perth Mint’s ‘P’ mintmark is incorporated into the design along with the words THE BATTLE OF POTAVA 1709-2009 and 300TH ANNIVERSARY.

Issued as legal tender under the authority of the Government of Tuvalu, the coin bears the Raphael Maklouf effigy of Her Majesty Queen Elizabeth II on its obverse.