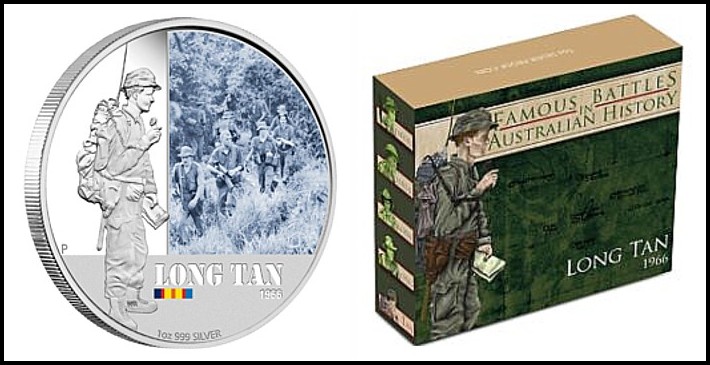 The coin’s reverse depicts an Australian soldier wearing Vietnam War jungle kit. The background incorporates a printed historical image of soldiers at Long Tan, and the inscription LONG TAN 1966. The Perth Mint’s ‘P’ mintmark is also incorporated into the design.

No more than 5,000 of these coins will be issued by The Perth Mint.

The coin is issued with a specially designed numbered Certificate of Authenticity which features photographs and a history of the battle.  This particular certificate is number 66, coinciding with the year of the Long Tan battle in 1966.

The coin is presented in a prestigious display case and themed shipper.