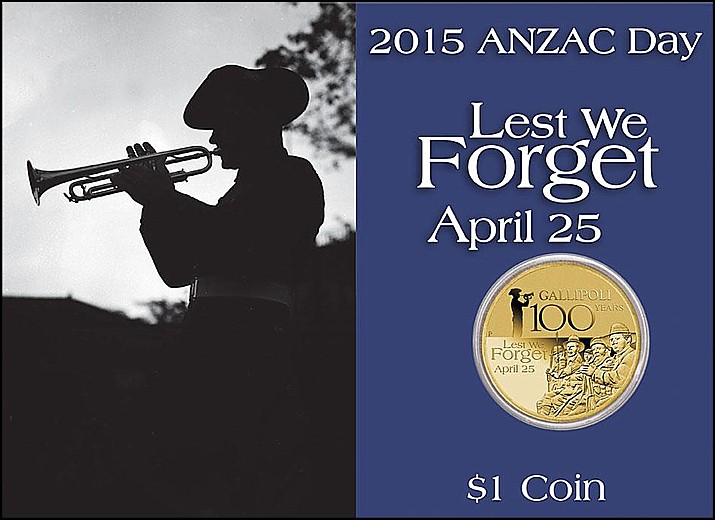 Seventh annual release - this year’s tribute commemorates 100 year of ANZAC Day – April 25.  This day remains a deeply significant commemoration, honouring the military service and sacrifice of the Australian Defence Force. The Gallipoli, or Dardanelles, Campaign took place on the territory of the Ottoman Empire between April 1915 and January 1916.

The design on this uncirculated $1 coin portrays Australian soldiers, or ‘diggers’, at Lone Pine, Gallipoli. A bugler in silhouette, the inscription ‘Lest We Forget’ and the date, April 25, are also incorporated into the design. 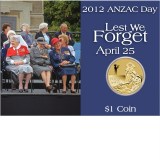 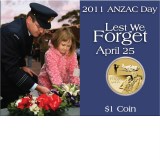