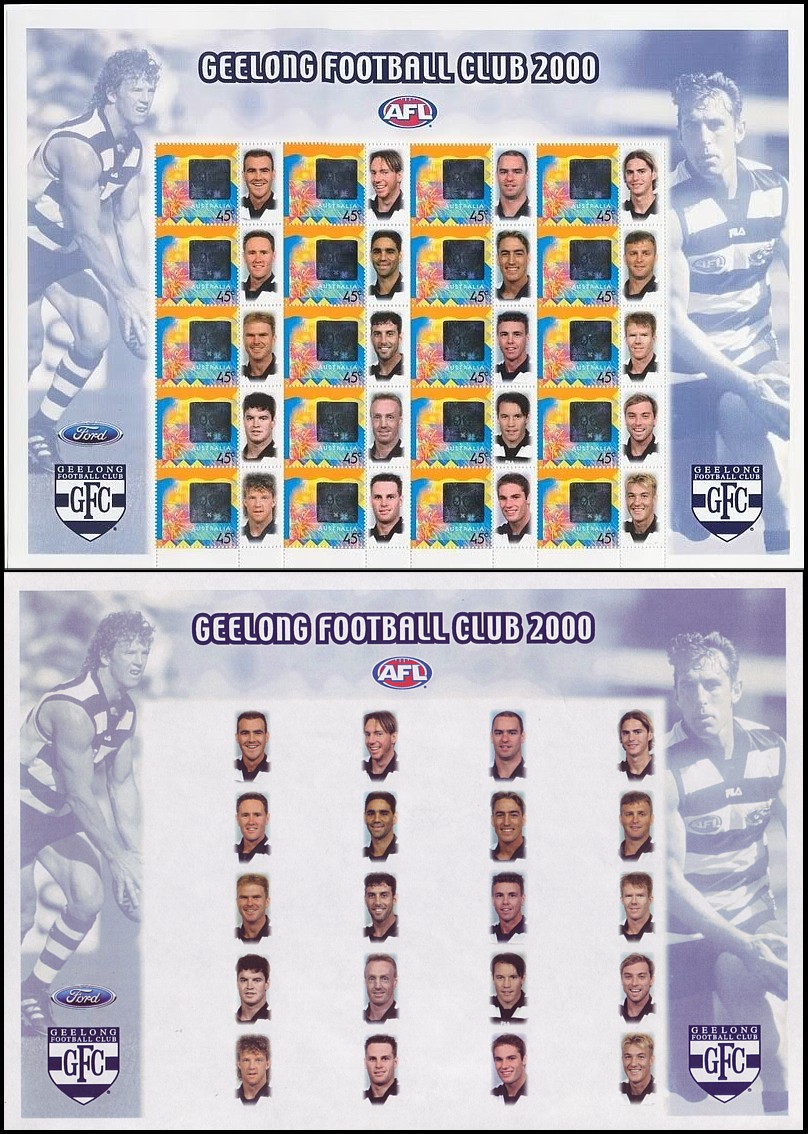 Like the 1996 AFL Centenary Issue, the 2000 AFL 'P' stamps issue was the biggest issue undertaken by Australia Post. They were not available from Post Offices and were only sold by the AFL Clubs. They were all issued on the 25th March 2000. They consisted of an A4 sheet with 20 x 2000 Celebration stamps. The surrounds of the team sheet included the Captain and another player (Gary Hocking and Peter Riccardi).

The 2000 issue and both Premiership Players Club Issued were printed by Excel Digital using a Xerox Laser Printer. The A4 of stamps was printed separately to the players photos in the tabs and the surrounds. These were then added with the laser printer. The issues come with a seperate sheet with the tabs only on inferior paper.